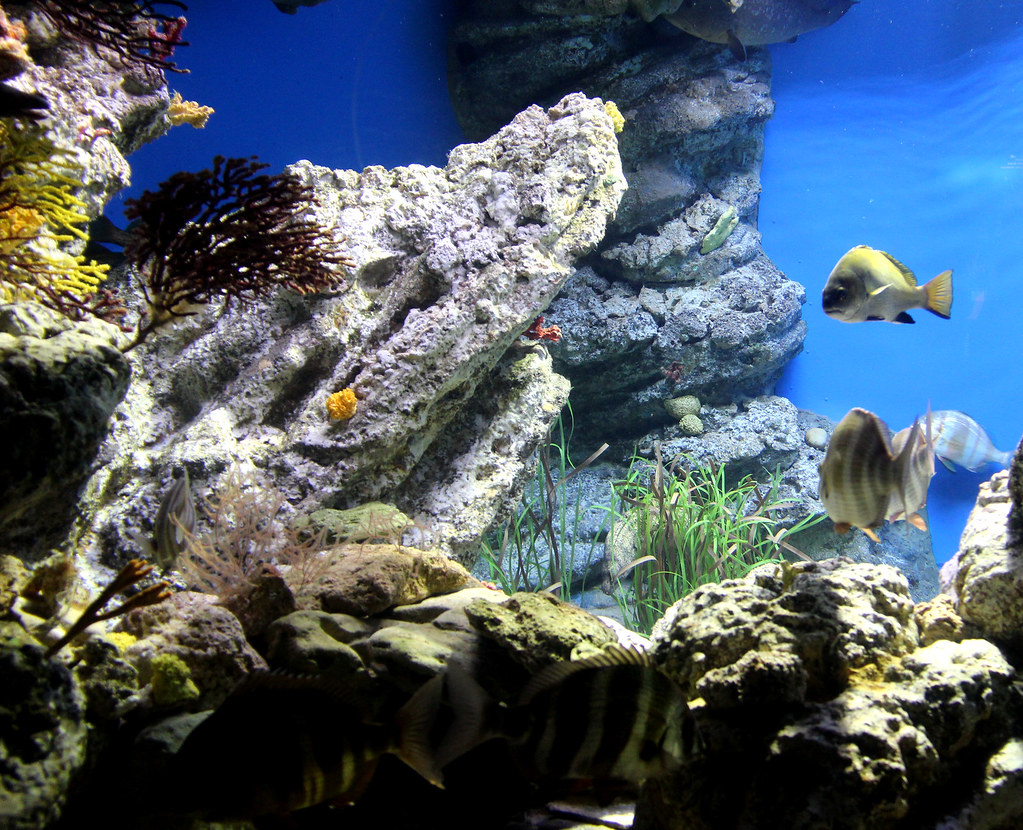 You don’t have to go dive in the Great Barrier Reef, snorkel the Amazon River, or visit Antarctica to see aquatic nature at its finest. There’s a great chance that there is an aquarium that is less than a 2-hour drive from you in the state of Michigan!

Aquariums are fun for all ages, offer a relaxing but educational environment, and provide a bonding experience with whoever you go with.  Take a look at some of the best aquariums in the state of Michigan.

Dating back to 1904, the historic Belle Isle Aquarium Detroit was the first public aquarium opened in the United States. Designed by Albert Kahn, the architecture of the building is also something worth seeing. With a large Beaux Art style entrance and green opalite glass tiles along the ceiling, you’ll be mesmerized by much more than the fish! You can find a wide range of freshwater and saltwater fish at the aquarium, including one of the world’s largest collection of air-breathing fish.

While closed in 2005, the aquarium re-opened in 2012 and the aquarium has seen a surge in interest in recent years. Over the past three years, attendance numbers have tripled for the aquarium! If you’re looking for something to do in Detroit, look no further than the Belle Isle Aquarium.

Sea Life runs aquariums across the country, including a location in Auburn Hills, Michigan. Sea Life is Michigan’s largest aquarium with more than 250 species in a 120,000-gallon ocean tank. There is an interactive rockpool “petting zoo”, which allows you to touch horseshoe crabs, starfish, fiddler crabs, shrimp, and other crustaceans. Some of their main exhibits and activities include:

The Museum Ship Valley Camp located in Sault Ste. Marie is a part of the Sault Historic Sites and has a 1,200-gallon aquarium stocked with Great Lakes area fish species. The aquarium is stocked by the Michigan Wholesale Bait of Alanson, MI and the Michigan Department of Natural Resources.

Refer to the Sault Historic Sites website for their other great offerings including a retired Great Lakes freighter, the Tower of History, the River of History Museum, and the Great Lakes Marine Hall of Fame.

While visiting the John Ball Park and Zoo in Grand Rapids, be sure to spend some time at the Van Andel Living Shores Aquarium. This aquarium has a great exhibit of freshwater and saltwater species, showcasing anemones, eels, and exotic fish in a massive 40,000 gallon Kelp Forest tank. Learn about the ecosystems of the Patagonia coastline, the Northeast coast of the US, and a typical Michigan stream. You also may have the opportunity to touch aquatic species like sharks, sea urchins, and stingrays.

However, what really gets everyone’s attention is their Magellanic penguins. You could spend hours watching the penguins gracefully dive and swim through the water. Ask the aquarium about feeding times to see the penguins interact with the aquarium staff.

If you’re interested in observing fish species native to Michigan, then you’ll find a great selection at the Carl T. Johnson Hunting and Fishing Center. The center is a part of Mitchell State Park and has a wall-sized 800-gallon freshwater tank filled with Michigan native species including pike, bass, perch, bluegill and more. The tank is re-stocked with native fish that were caught in nearby waters, typically from Lake Mitchell and Lake Cadillac.

Additionally, the property runs along the Heritage Nature Trail, which is a 3.5-mile trail accessible year-round. If you’re driving to or from Northern Michigan, be sure to stop off at the Carl T. Johnson Hunting and Fishing Center in Cadillac, MI.

While not in Michigan, the Toledo Zoo and Aquarium is a quick drive from the border and is home to over 3,000 aquatic animal species. At this aquarium, you have the opportunity to touch stingrays, meet and greet sea turtles and urchins in their “ocean lab”, and talk with divers. Check out their calendar of events to stay up to date on events at the aquarium.